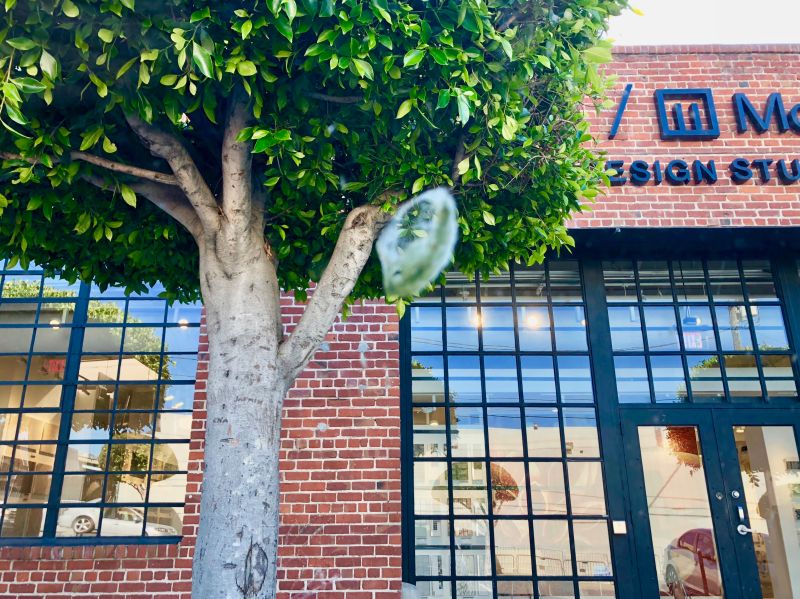 A bird shit on my car yesterday. It got me thinking. There are up to 400 billion birds in the world. 400 BILLION. How is it possible that I only see bird shit on my windshield and on the faces of unfortunate pedestrians. Why are we not all constantly walking a puddle of fresh bird […]

Bruce Jewett apparently had to substitute a photo of the subject of his ire with his treasure-treat tintype instead.

As I left The Manse, picking a yellow pear tomato or three to mouth-pop on my walking way downtown to the library for my regular bout with this keyboard, I stopped to say well-met hello to one of Sanford Middle School’s golf-cart driving employees.  We chatted.  I asked when Summer School was scheduled to start.

“Already started,” he replied.  My eyes got some distance under my brows.

“Already?  And no cars to speak of parked on both sides of my street, blocking access to ambulances, fire truck, SWAT mobile headquarters monster-buses and most importantly garbage and recycle trucks,” I intoned.  “What has become of ‘The Privileged And Entitled?”

He laughed and launched into this tale.

Last month before school ended I had to take some time off and drove home down Maple (Ave., where we were talking this fine Sixth of June Normandy Invasion Day) and I was a couple blocks away when I realized I still had my “walkie” (mobile and much-miniaturized push-to-talk walkee-talkee of World War II fame).  It was just before 4 (p.m.) so I turned around.

Yep, he continued.  Both sides of this street were blocked by cars and trucks and people well past the curb on both sides.  I couldn’t get my small car through.  So I just backed out and went home and brought the “walkie” back the next day.

“Too bad it wasn’t on a Tuesday or Friday garbage or a Wednesday recycle,” I laughed.  “We have enough old people who get no exercise but turning the key on the ignition on this block and one day soon enough now I suspect we will need again the big fire truck to escort the big rescue truck ambulance…and if it’s near 4, someone well may die.”

He shook his head and agreed.  Used to be ‘Parking One Side Only’ signs up here but I remember you pointing out the last one was pushed over by a parent’s truck at a nighttime school meeting.  Another set of head-shakes.

Then I sprung my trap: “and about the new flap about School Security…how in hell does anyone expect to be able to keep even an undetermined man or boy, woman or girl out of this school if they want to get in?  These two double-doors along 18th Street and right at Maple easily cold be driven through with a truck bomb or holding some gunmen.  And the fences?”

Right about then one of my friend’s co-workers came by. So we stopped doom-talking and my pal wiped the morning’s misty rain off the passenger seat on the cart and off they went on their appointed rounds.

And here I came to sit before this keyboard and its uncaring big eye.

or are they just memes?*

how liars lose – they just whine

and bitch about ‘truths’